Skip to main contentSkip to navigation

Home » What is a Military Protective…

What is a Military Protective Order? 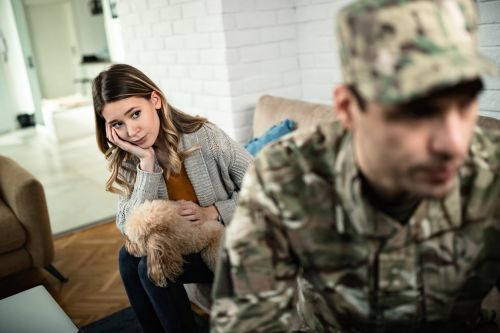 A military protective order (MPO) is a legal tool used by military commanders in cases involving domestic violence or abuse committed by a servicemember. Similar to a civilian protective order, they are meant to prohibit an abuser from engaging in abusive conduct and keep a victim safe. However, there are a number of crucial differences, including how they are issued and enforced.

What’s the Difference Between a Military and Civilian Protective Order?

There are several types of protective orders in Texas that may be issued in instances of abuse and family violence. A temporary ex parte protective order is issued by the civil court to provide immediate relief upon a victim’s application without the abuser’s presence in court. A hearing is subsequently held, at which a judge will decide whether a final protective order is necessary — these are typically in place for two years or longer. A temporary protective order usually lasts for 20 days but may be extended in certain instances, such as if the respondent had not yet been served.

What Protections Does a MPO Provide?

When a military protective order is issued, it can require that an abuser do certain things — or refrain from doing them. Not only might all forms of contact be banned, but the abuser may be required to leave a public place if the victim is there. They might also be prevented from seeing or having contact with their family.

A military protective order can prohibit the abuser from engaging in the following conduct:

Critically, a military protective order can be tailored to meet the needs of the situation. If there are additional terms that should be imposed, the commanding officer must be made aware to include them in the order. Significantly, the order may also require the abuser to move into barracks, attend counseling, and surrender their government issued weapons.

These orders can last for as few as ten days to the length of time it might take for the Family Advocacy Program to collect information to provide to the commander about the abuse. It may be extended even further if there are ongoing concerns of risk, or the victim has been subjected to threats. Importantly, the order is only enforceable for the duration the abuser is connected with the command that issued it. Upon transfer, the new command would need to issue another order.

Who is Eligible to Get a Military Protective Order?

A victim of domestic violence may request a military protective order against an active-duty member of the military if certain criteria are met. Specifically, they must have been harmed or believe they will be harmed by their spouse, ex-spouse, partner with whom they lived, or someone with whom they have a child in common. The commander may also issue a military protective order on their own accord.

What Happens if A Military Protective Order is Violated?

The police are not able to enforce a military protective order. But if 911 is called because the victim was subjected to further harm, violence, or threats, they can arrest the abuser.

If you or your spouse is a member of the military, there are special procedures and considerations that may be involved in a family law or divorce. It’s essential to have an attorney on your side who understands the nuances and implications of military law and how they can impact your case.

Stacey Valdez is a board-certified Houston divorce attorney dedicated to providing knowledgeable counsel to clients regarding a variety of military law matters, and helps with obtaining, enforcing, and appealing military protective orders. Schedule a consultation with Stacey Valdez & Associates by contacting us online or calling (713) 294-7072.

In regards to Covid-19,  We are reviewing the best guidelines for our city and state for how

we should conduct business and plan to update this message as soon as we can.

Please call our office(s) to get learn how we are engaging with current clients and new at this time.